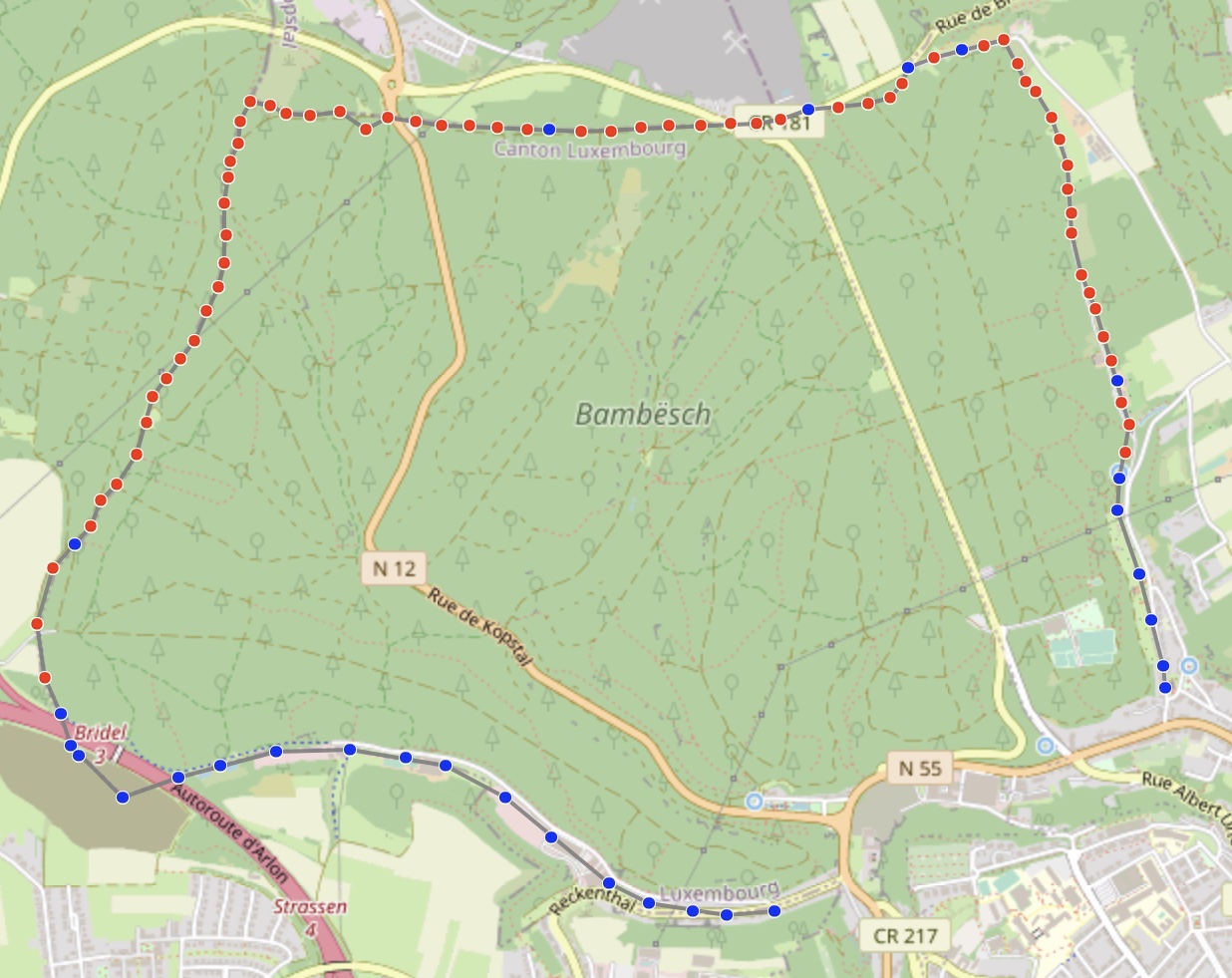 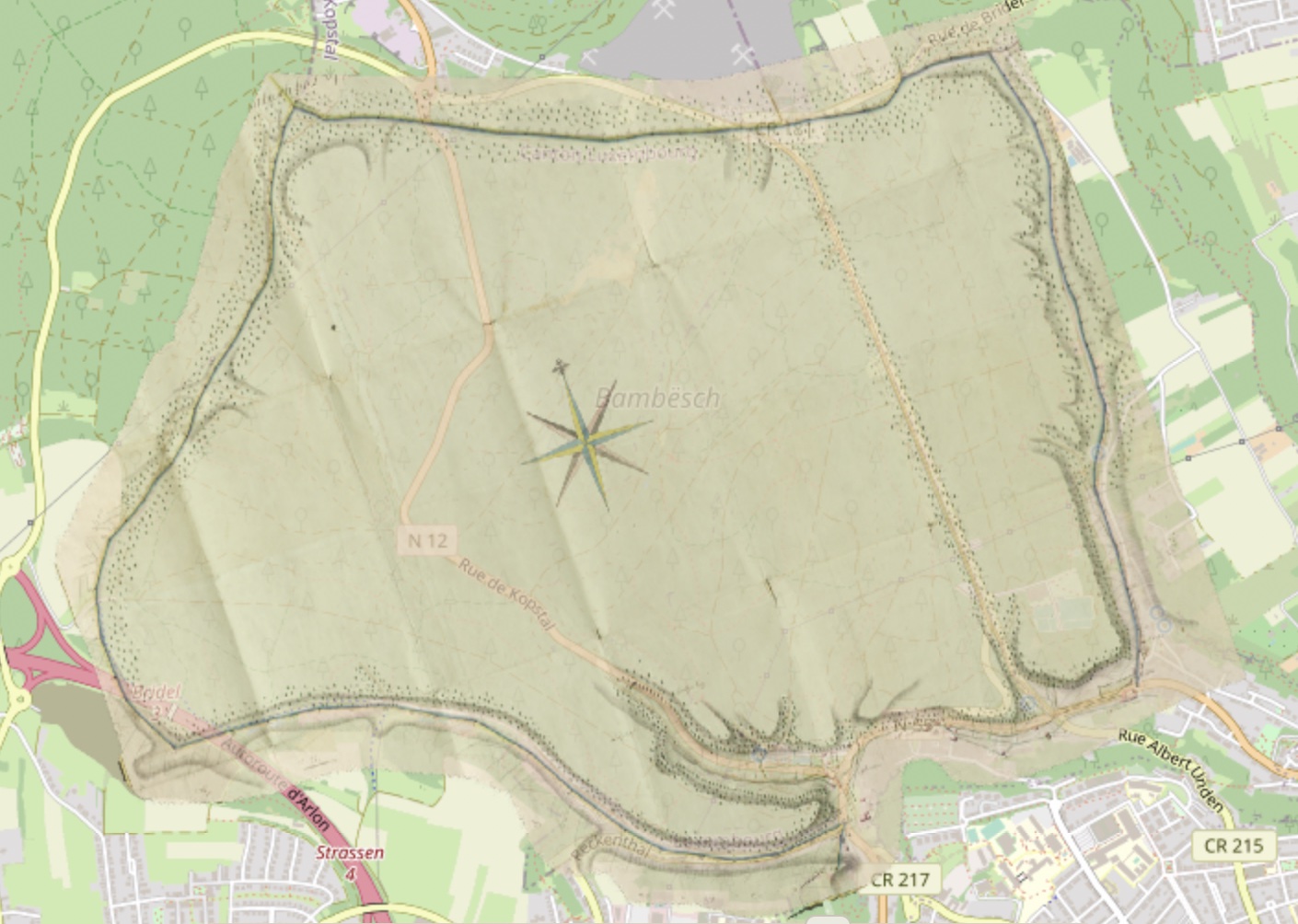 Limes Luxemburgensis (LL) is the Bambësch forest section in the 1772 Demarcation of the City of Luxembourg; the LL-Map correspond to this section. 94 stone markers numbered 1 to 94 were put in place. Each marker has the following inscription: a unique consecutive number, the letters LL and the year 1772. As of today, 65 markers have been located and photographed.

Most markers are placed along paths and they are easily visible; for example, along the Maarkewee (markers path), though they could be shrouded by vegetation and visibility can change rapidly due to forestry works. Markers 58, 59, and 60 are near roads can be seen with Google Street View. Most markers further away from paths are accessible walking on the forest, though in some sections thick vegetation makes walking very difficult.

Markers 59, 60 and 88 have the additional inscription CC 1997 that seems to suggest that they were placed in 1997. Inscriptions are on the face of the marker towards the Bambësch; marker 33 faces the wrong direction; markers 19 and 20 show the back (the inscription is on the other side) looking from the path, as the path is outside the boundary. Probably some markers have been replaced at different times, as the stone weathering differs; markers 34, 35, 37, 53, 54, 59, 60, and 88 look recent.

Markers 40 and 60 correspond to the beginning and end of the border with Her Majesty forest. Marker 70 corresponds to a LL 90º turn. It might be a coincidence, but these three special markers a have round number ending in 0.

The name Limes Luxemburgensis and the meaning of the LL on the markers is open to discussion. It was taken from an unknown publication on history for the period 1751-1800 that contains the following: