⌂
1772 Demarcation of the City of Luxembourg

Four maps in double copies were produced. Maps corresponding to the City of Luxembourg proper (CP-A-19, CP-A-20, CP-A-21) are referred as Ville de Luxembourg Maps (VL-Maps) and the markers as VL markers which are numbered from 1 to 75. The Bambësch map (CP-A-24) is referred as Limes Luxemburgensis Map (LL-Map) and the markers as LL markers which are numbered 1 to 94. Number are duplicated; for example, there is a VL-50 and as LL-50. A full set of the four maps is in the National Archives of Luxembourg (AN). One copy of the LL-Map is in the Luxembourg City archives: where are the remaining VD-Maps? in the Luxembourg City archives? The signature of Nicolas de Jamez appear in all the maps. The compass rose in the four maps turns west by about 14º; it might be due to magnetic declination.

Most LL markers have been located and photographed. Regarding the VL markers, there is only one unconfirmed finding as there is no description of how the look, if they contain an inscription or if they are numbered.

Stitched 1772 Demarcation of the City of Luxembourg 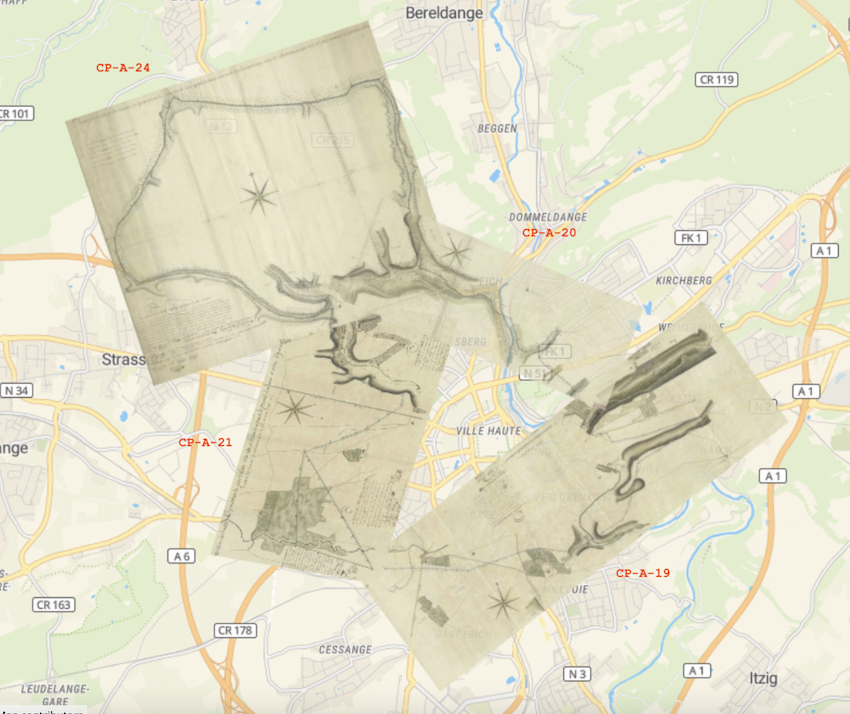 Any use of these maps must make a reference that they come from the National Archives of Luxembourg; for further information, contact them directly. 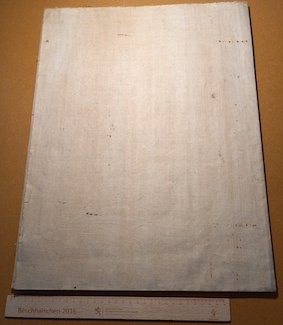 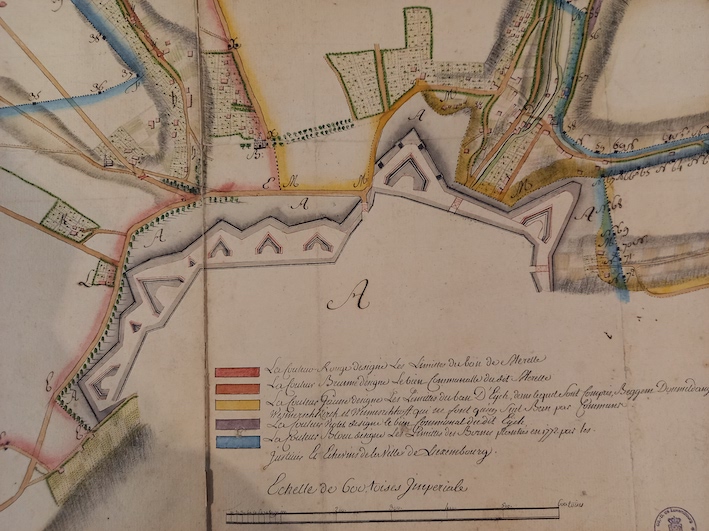 Part of the limits with the fortress. Click for higher definitions and comments.